Making the classroom completed on the fourth floor of the City Garden Clinic (CGC) this year by arranging it with tables, chairs, white board, cupboard and projector. The classroom is sponsored by the Antonius Ontwikkelings fonds

Progress of the project

After receiving the approval of the project, the assignment to make six tables and a cupboard to the local carpenter Idrissa Sesay, known as Putin, was awarded. After negotiating, the cupboard turned out to cost half of the budgeted amount, while the tables became more expensive due to the use of plywood instead of shelves. In total, the contract amounted to 2.3 million Leones, just below the planned budget.

Everything is done by hand and thick, flat planks are cut to size from rough thick planks and sanded to finish with sandpaper, after which a varnish layer can be applied. As agreed, Putin would have finished everything with two weeks which also succeeded. On Saturday 8 December at 5 o’clock in the afternoon the tables and the cupboard could be collected, which meant three trips with a pick-up. After everything was transported to the hospital, without damage, the next challenge was to get everything to the fourth floor via a not too spacious staircase. But that too has been done without damage but with lots of drops of sweat. 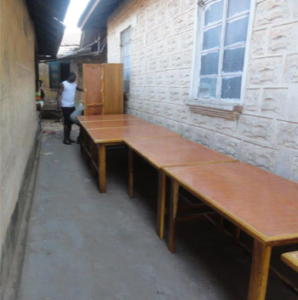 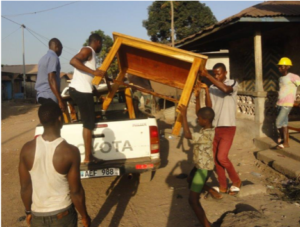 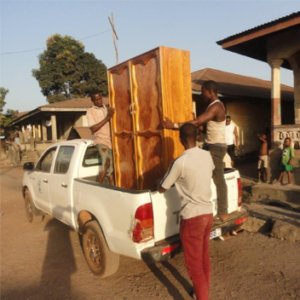 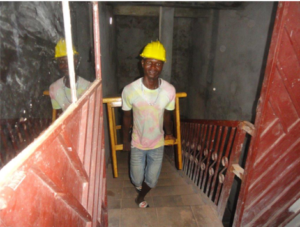 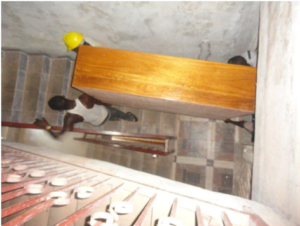 Since in connection with this project a donation from a private person that City Garden is very fond of, it was decided to purchase the white board outside this project and to spend the remaining budget (minus the projector) entirely on the purchase of chairs. Because of the care of the founder of City Garden Clinic, Dr. ABD Sesay, these were purchased in Freetown. After solid negotiations, the price came to 135,000 Leones each, 65,000 lower than estimated on the basis of quotations in Makeni, so that eventually 42 pieces could be bought.

On Sunday 9 December, the chairs were delivered and the classroom could already be set up. The projector has now been purchased (with a high discount) in the Netherlands and will be taken in January 2019 by the facility manager of City Garden when he returns from leave. All in all, a beautiful classroom has been realized that can also serve as a conference room that can be rented on occasion so that income for the operation of the hospital can be generated. 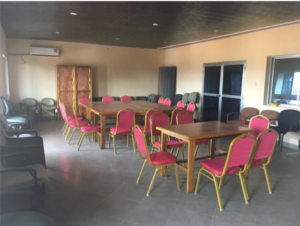 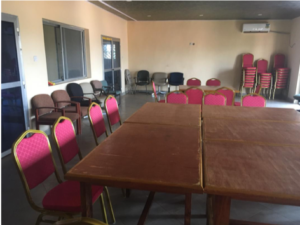